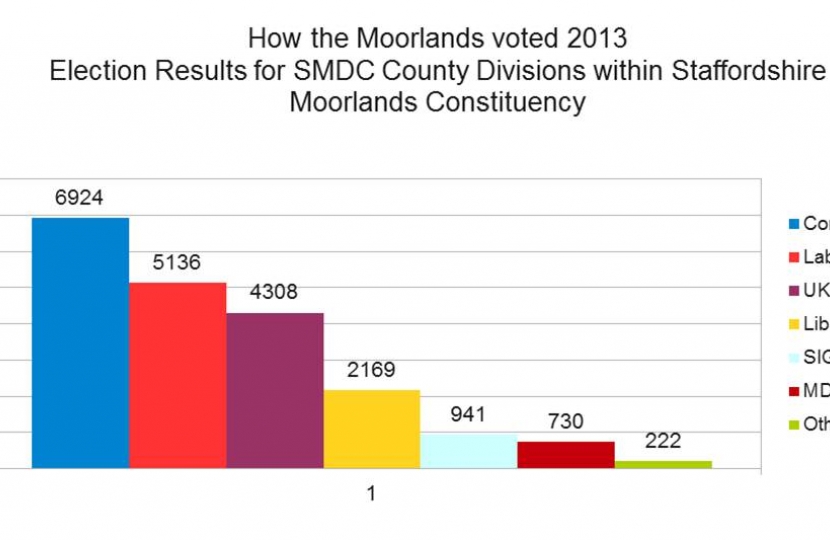 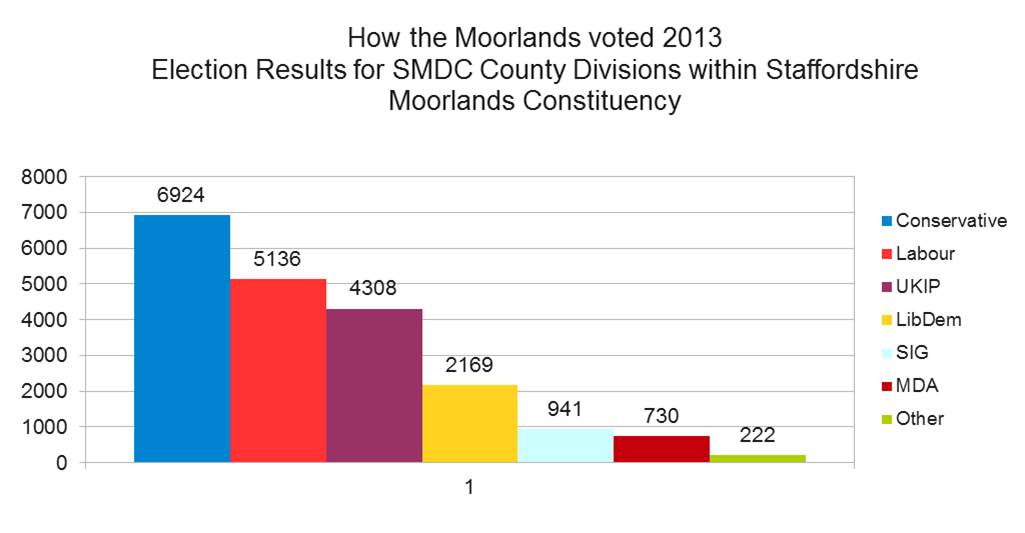 Nearly 7,000 people in the Moorlands District voted Conservative, thank you.

This vote resulted in a distribution of County seats in the Staffordshire Moorlands as follows:

Conservatives won all 4 of the 7 seats in the District which were won in 2009 (which was a strong year for the Conservatives). Labour won 2 County seats and SIGs won 1 seat.

The above chart does not include Cheadle and Checkley Division because this is in the Stone constituency, but if we did include it the balance of votes would be even more strongly in favour of the Conservatives.