The Rt Hon Nicholas Soames MP to visit the Moorlands 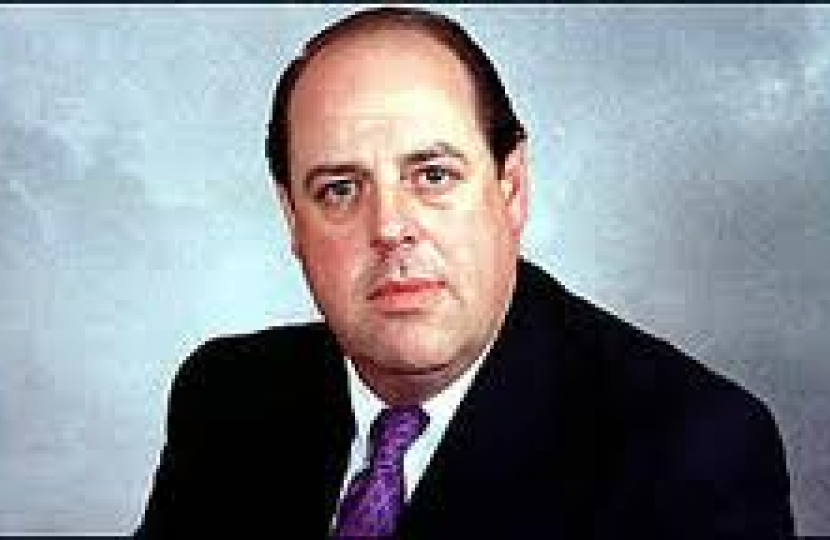 The Ladies Committee invite you to Lunch with

Nicholas was born in 1948. He was educated at Eton College and Mons Officer Cadet School. He is the son of The Late Lord Soames and grandson of Sir Winston Churchill. He is married with two sons and a daughter.

He was commissioned into the 11th Hussars [PAO] and served in Germany and the United Kingdom from 1967-1972 and was subsequently Equerry to HRH The Prince of Wales KG. He later worked as a stockbroker before becoming Personal Assistant to Sir James Goldsmith in 1974, where he gained valuable experience in the manufacturing, service and finance industries.

Nicholas spent two and a half years on the staff of a United States Senator in Washington D.C. and from 1977 for four years was a Director of a firm at Lloyds of London.

He is a Trustee of the Amber Foundation and he sits on the Council of the Royal United Services Institute.

Nicholas is a member of the 1922 Executive Committee, President of the Conservative Middle East Council and Co-Chair of the Cross Party Group on Balanced Migration. He is a Trustee of the Game & Wildlife Conservation Trust and Chairman of the All-Party Parliamentary Game and Wildlife Conservation Group. He sits on the Court of the University of Sussex and he is Honorary Colonel of Sharpshooters (The Kent and County of London Yeomanry).

His hobbies include reading, racing and country pursuits. He has travelled widely.

Nicholas fought Central Dumbartonshire at the 1979 General Election. He was Member of Parliament for Crawley from 1983 until 1997 and has since represented Mid Sussex. In 2010 he won over 50% of the overall vote and increased his majority to 7,402.

Nicholas has specialist knowledge in the fields of defence, Europe, international affairs, trade and industry, aviation and the countryside. He was Parliamentary Secretary at the Ministry of Agriculture, Fisheries and Food from 1992-1994 and Minister of State for the Armed Forces from 1994-1997.

From 2003 to May 2005, he served as Shadow Secretary of State for Defence and as a member of the Shadow Cabinet.

He now takes a very active role on the backbenches.

This event is in Meerbrook Village Hall